The April 30, 2018 update has been issued by the pan-Canadian Pharmaceutical Alliance. The key highlights since the last update are:

Of the 7 files initiating negotiations this month, two had previously been considered and declined by pCPA; Ilaris in January 2017 and Viacoram in July 2017. In addition, the pCPA has initiated negotiations on a third GLP-1 product (Adlyxine) while talks continue on both Trulicity and Victoza. Finally, a couple of negotiations with implications for biosimilars – Renflexis is the second infliximab biosimilar to be negotiated while Tresiba is the first long-acting insulin product to enter that therapeutic space, post-biosimilar entry (Basaglar). 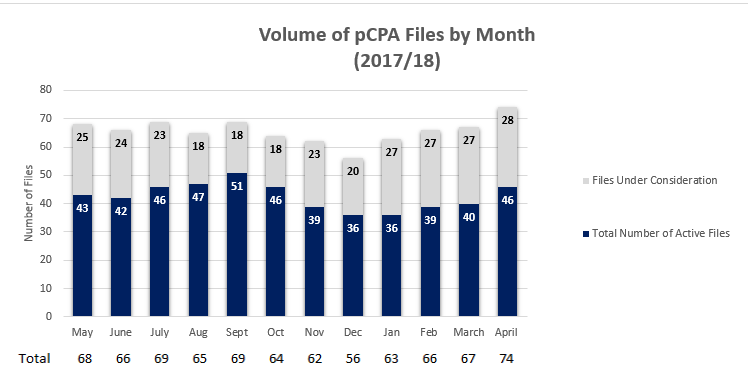 While the chart above considers all files (including pCPA-initiated negotiations) under pCPA management, the chart below focuses on the rate at which pCPA is initiating files coming through the HTA process and into the “pCPA Consideration” phase.