The August 31, 2018 update has been issued by the pan-Canadian Pharmaceutical Alliance. The key highlights since the last update are:

With the completion of negotiations for Praluent’s HeFH indication, the pCPA has initiated new negotiations for both Praluent and Repatha to deal with the larger indication for use in patients with atherosclerotic cardiovascular disease. Also, the initiation of negotiations on the three products indicated for Hereditary tyrosinemia type 1 is the latest example of pCPA waiting to initiate talks with “first entrants” and waiting for anticipated competition in order to conduct concurrent negotiations in competitive therapeutic spaces.

With 7 completed negotiations in August, pCPA has successfully completed LOI’s for 16 files over the summer months, including several that had been active discussion for extended periods of time. Even with this significant summer progress, the number of total files under active pCPA management (files under pCPA consideration + active negotiations) is at an all-time high of 74 files, and remains over 70 for the 5th consecutive month. 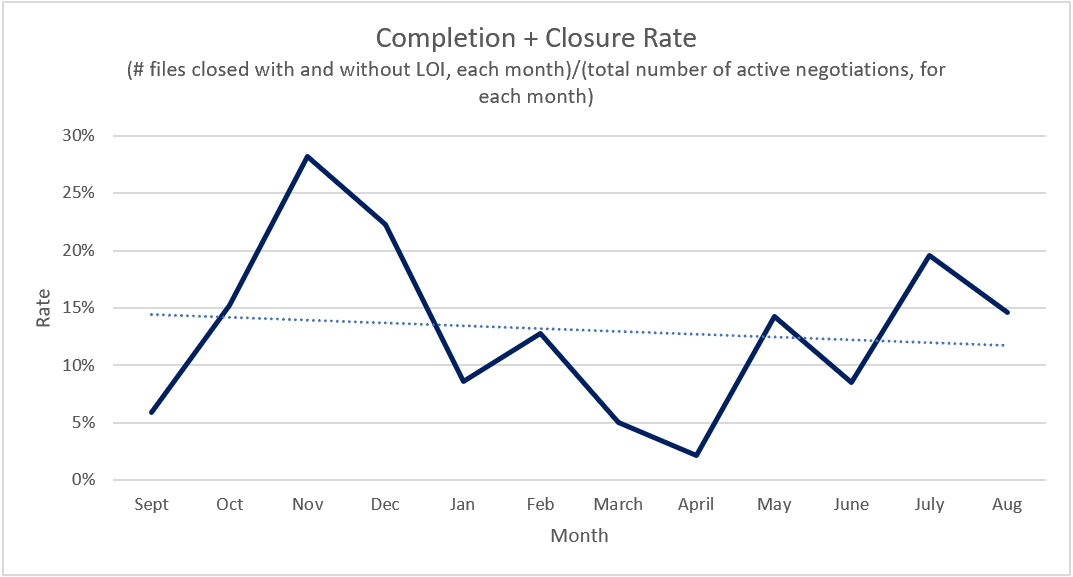 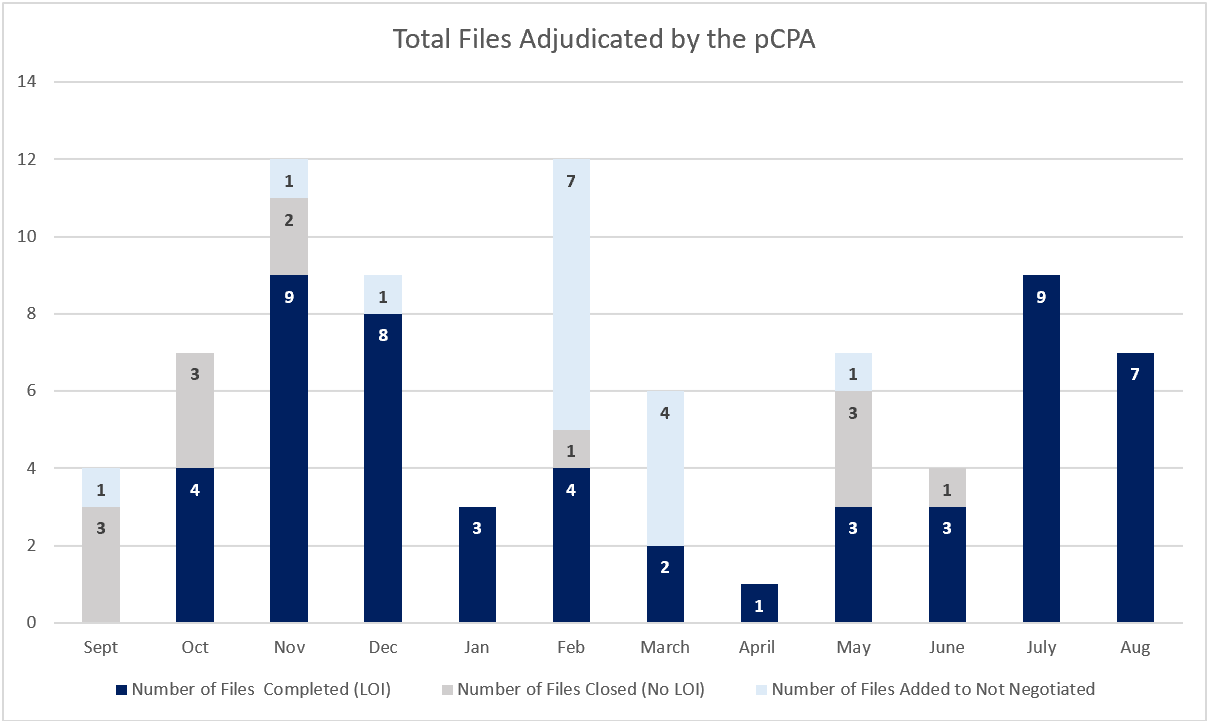