The pan-Canadian Pharmaceutical Alliance Office (pCPAO) issued the status of brand negotiations as of December 31, 2018. The key highlights since the November update are:

Since the release of the pCPA Process Guidelines in May 2018, there has been an observable, downward trend in the average number of months files have been under pCPA Consideration and under Active Negotiations. Undoubtedly, one of the factors has been the reduction in the number of files spending extended periods of time within these two process phases outlined in the graph below.

Five new drug products received a CDEC or pERC recommendation or notification to implement in December 2018, for a total of approximately 13 products under pCPA Consideration.

The pCPA initiated 2 new negotiations since the last update, for a total of 46 active negotiations. 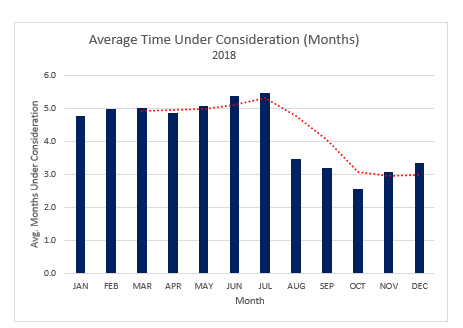 Process Timeline Update: The chart above shows that the average time files have remained under pCPA consideration has decreased from its July 2018 peak. In addition, the number of files under consideration each month has been significantly reduced from a high of 30 in May-June to 11 in November and now 13 in December.

December saw the completion of a range of files that have been under active negotiations for between 2 and 8 months, including products in busy and presumably, competitive therapeutic spaces (Siliq, Maviret), products with multiple indications (Alecensaro) and expanded indications for previously negotiated products (Actemra). 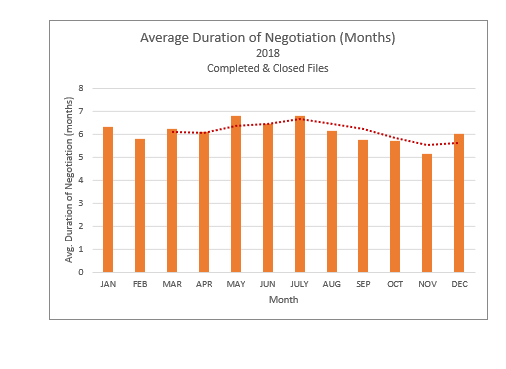